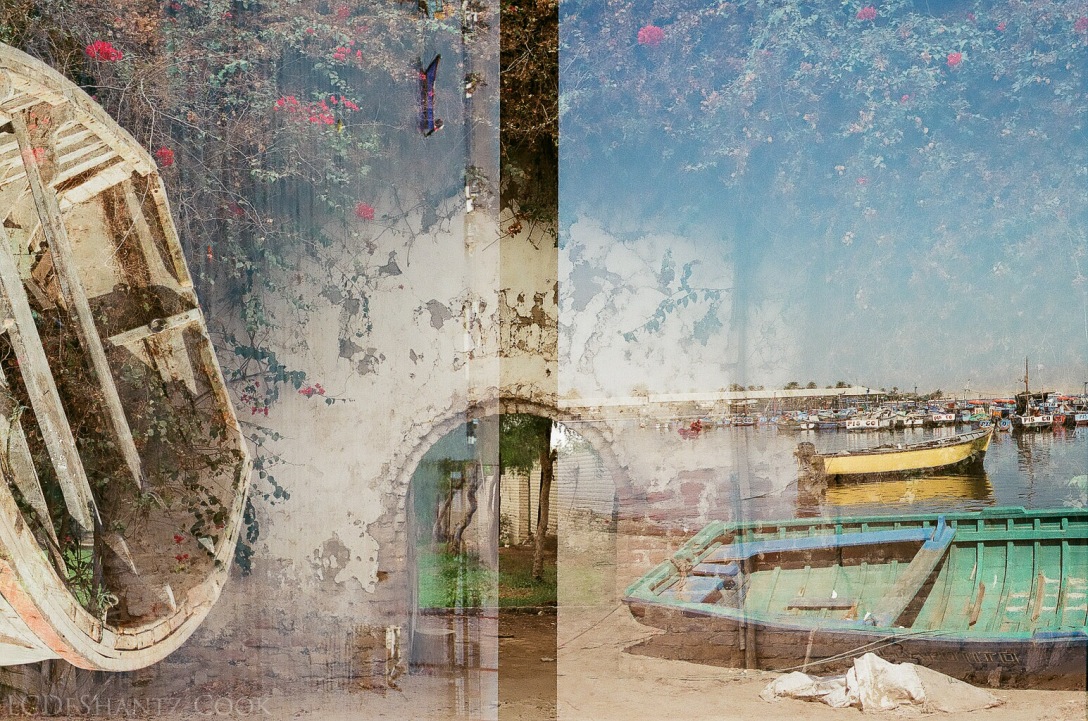 I shot 8 rolls of film in and not too far outside of Lima, Peru, last month when I spent a week with my daughter there. Last week I sent away the roll of film I managed to muck up several ways to be developed by people who know what to do with mucked up rolls. I mucked this up by:

So with all that I wondered what I was going to get. The film is Fuji Superia 400, which I kind of like, but since I shot it at 200 I asked the lab to pull it one stop. The colors on the single-exposed shots are somewhat flat, but I like them. The multiple exposed stuff looks colorful but kind of washed out, too–but, you know, multiple exposures and all. I wish I could say I planned some of these images since I like how they turned out so much, but alas, no such thing. And, these are the lab’s scans. I look forward to scanning them in other ways and putting different frames together. And now I know I want to double-shoot a roll of film. Totally on purpose, though.

This roll was partly from a tour stop at the Hacienda San Jose in Chincha, which was a brief stop on our way to Paracas.

I love how some of the multiple exposed shots end up looking like I ran a roll through a half frame camera and then shot it again through a normal SLR (which gives me an idea…).

2 thoughts on “Lima, the final installment”