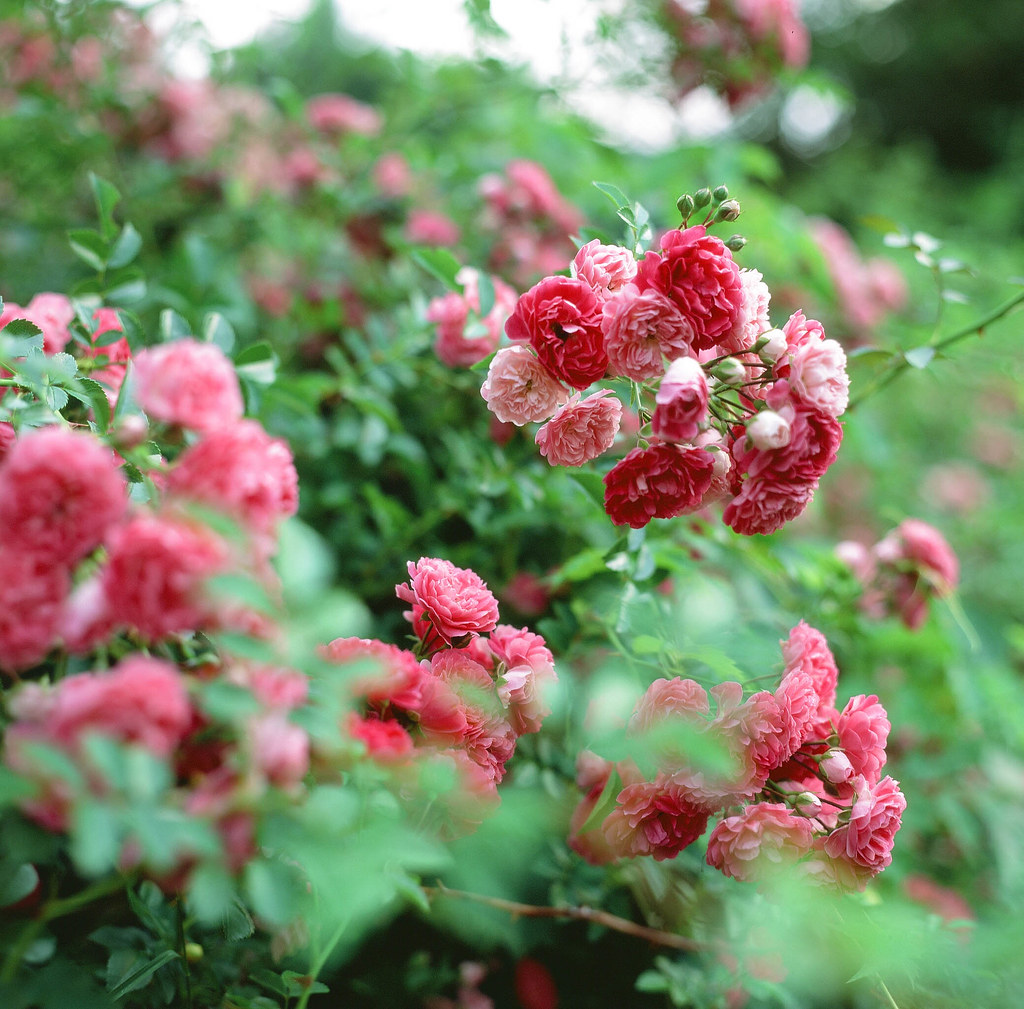 There’s a wild rose bush on the side of the road that leads to the community where our cottage is. It produces some varying shades of pink roses, and we’ve been watching it expand over the last 15 years at least–maybe longer. It usually begins to bloom in late June and is done by mid to late July. Passing by when it’s not in bloom you’d never know it’s there. But when it’s blooming… wow. It’s even creeping up into the trees behind it and spreading across the ground inching closer to the road. 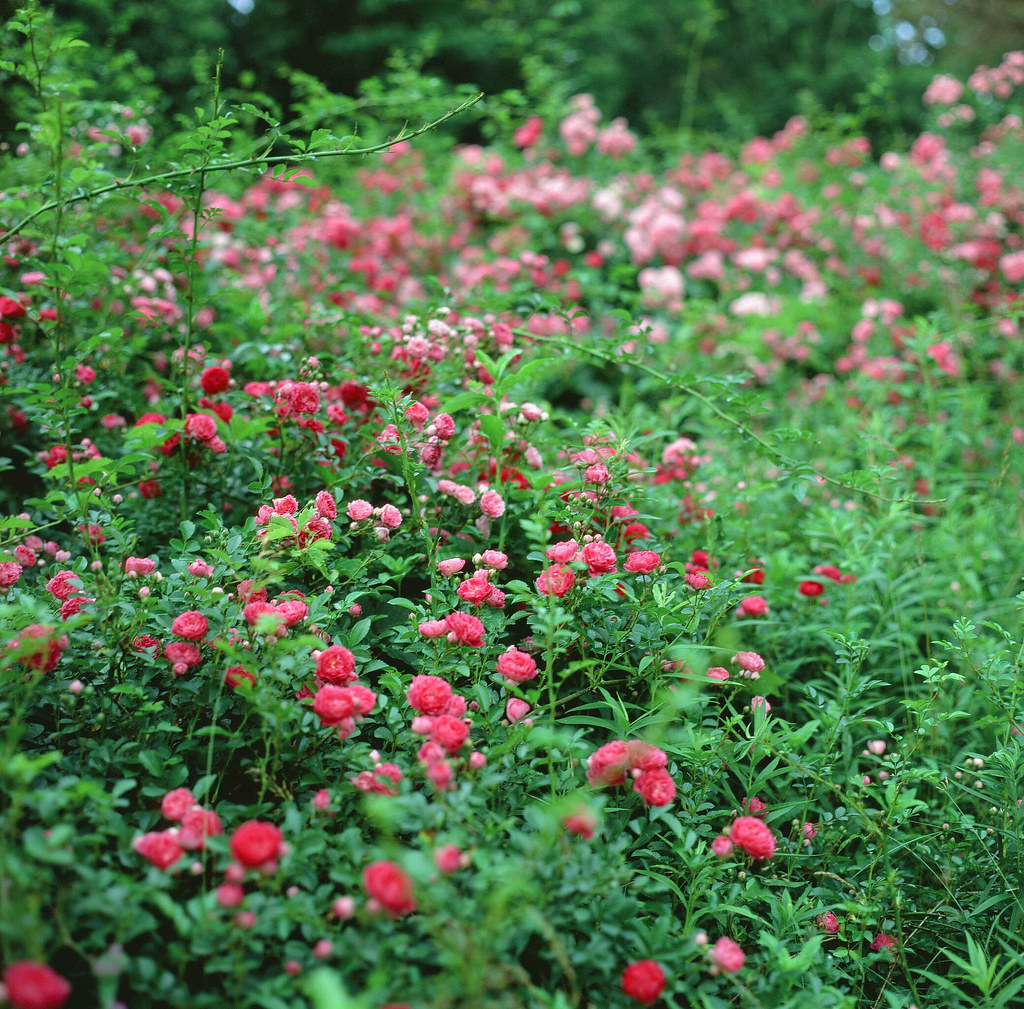 I don’t use slide film often because it costs more than negative film and also costs a small bit more to process. I’m less confident with it and it’s less forgiving, too, and with only 12 shots to a roll of 120 film in my Bronica SQ-A, it feels like too much of a gamble. Not that I have much experience with slide film. I’ve shot a few rolls now of Fuji Velvia 50 ISO and I like the cool, rich colors. Plus the negatives are really neat to look at, because they’re positive images. So I like to have a roll or two hanging around for just the right subject, and the wild rose bush earlier this summer seemed perfect. 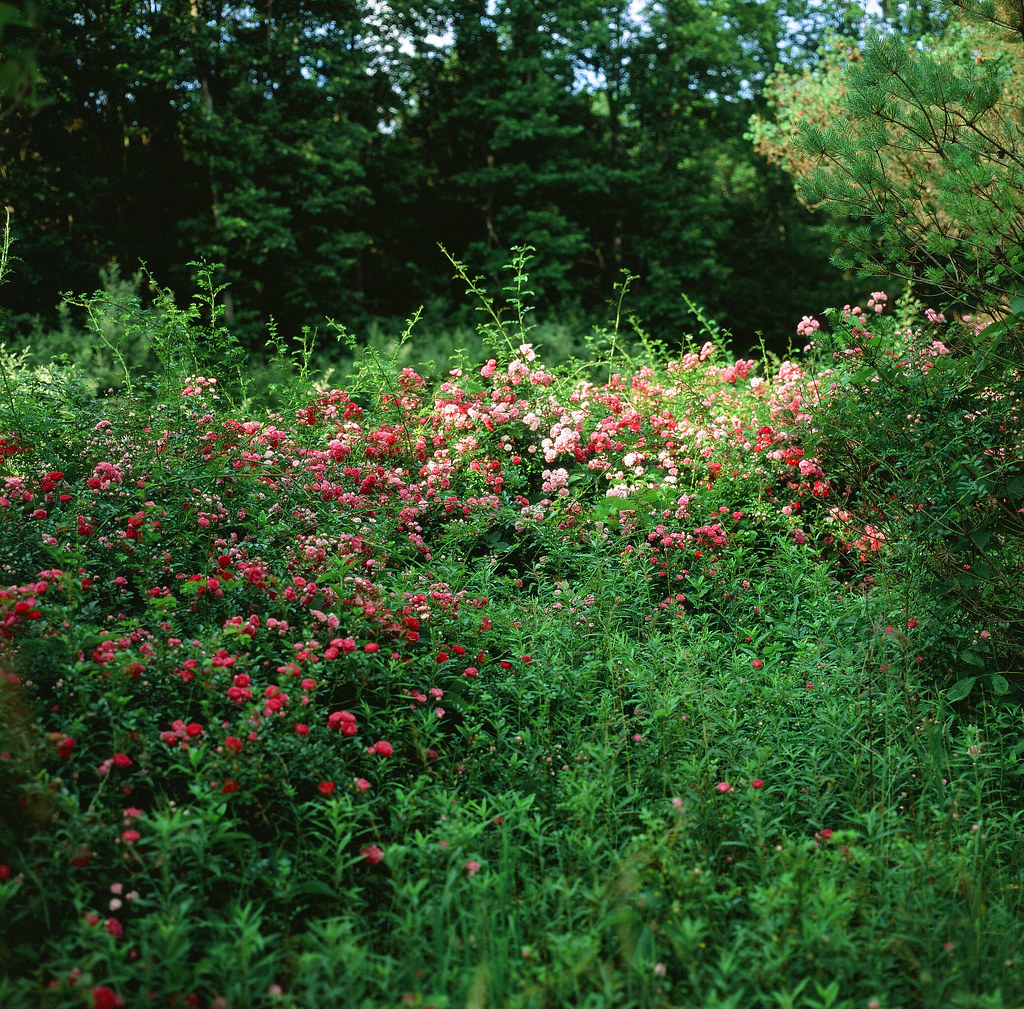 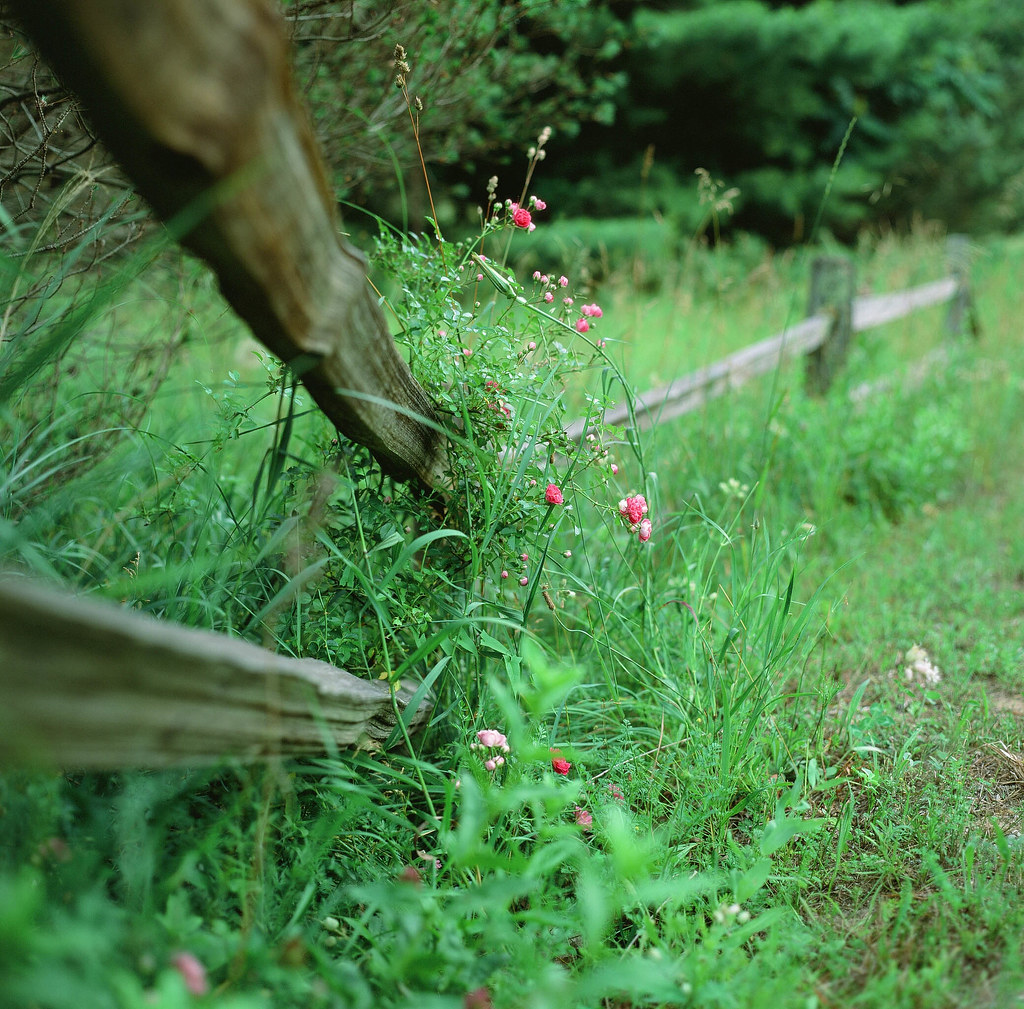 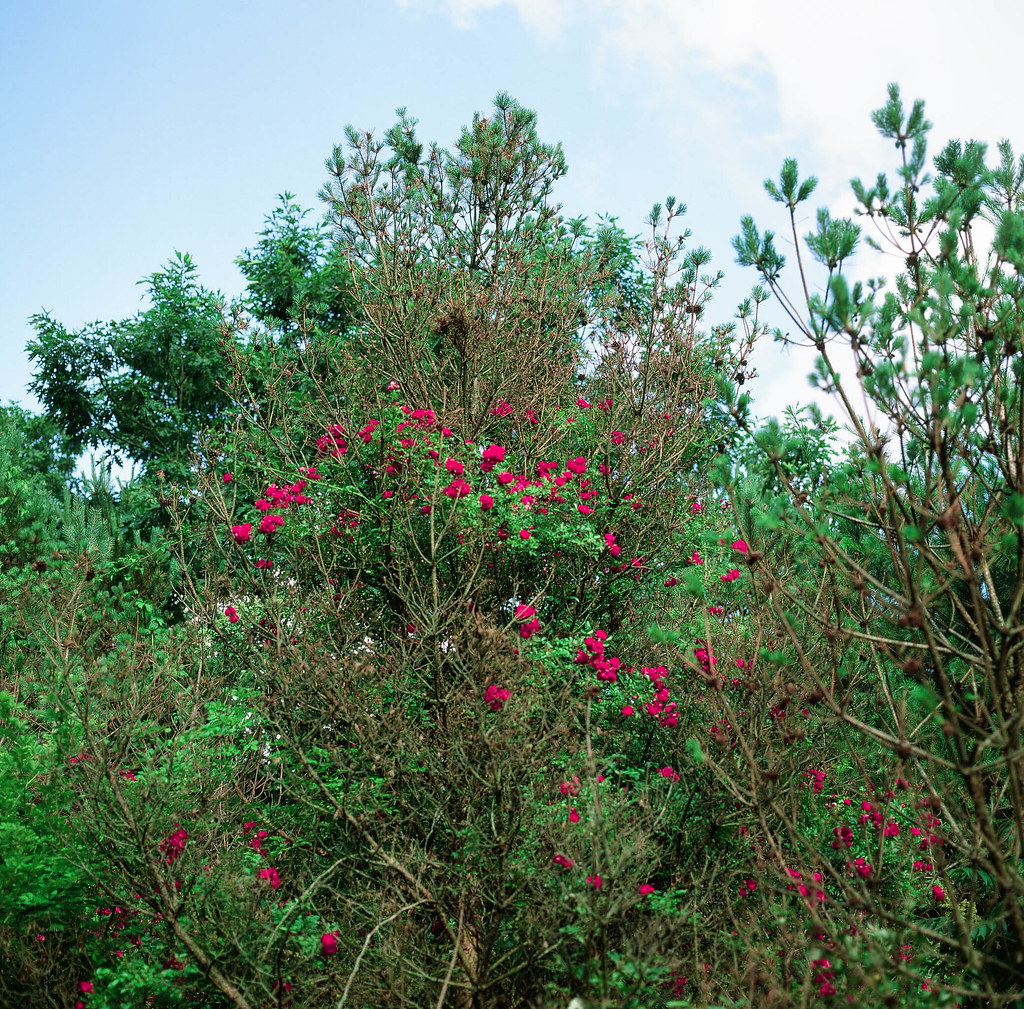 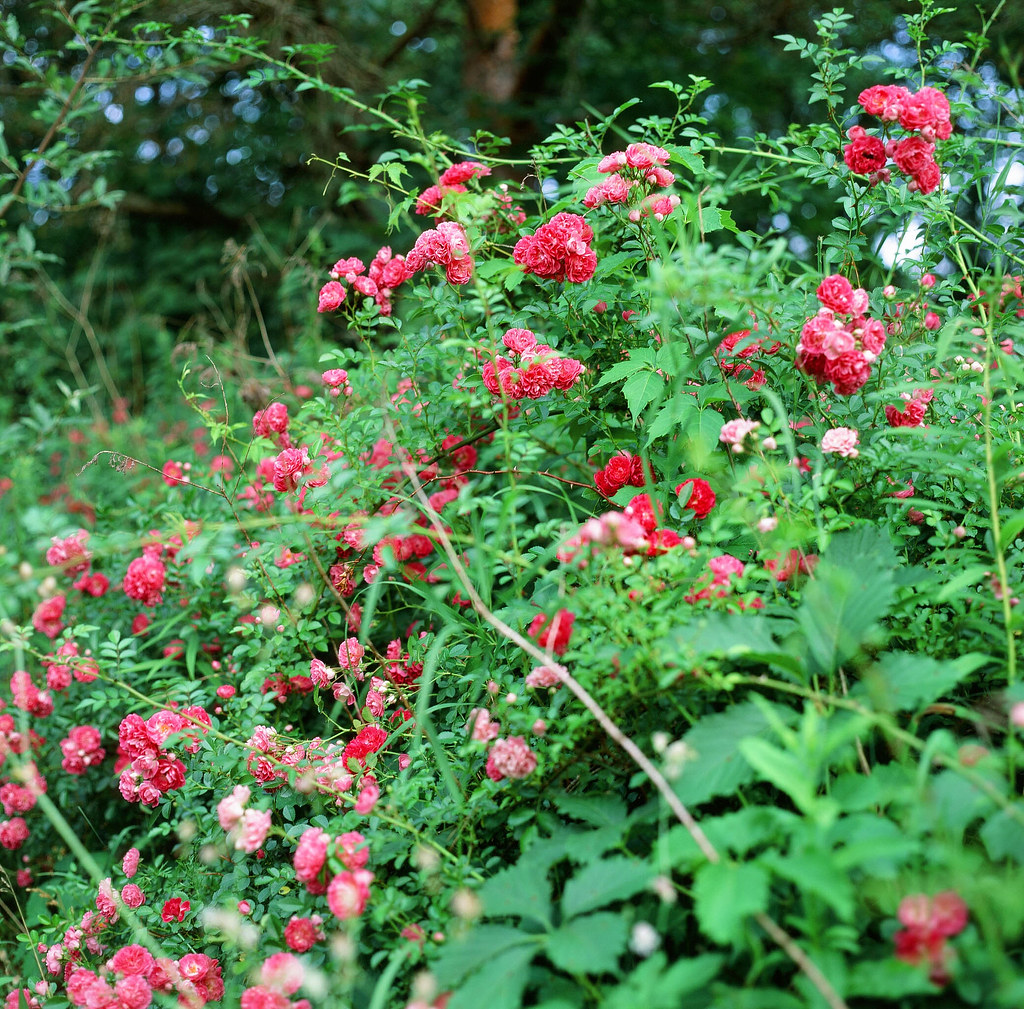