I don’t want to say anything today for fear of the sadness.

Can I just live in a world where I think people want to live just like me, seeing only the good and the beauty around them, loving others for their differences or at the very least assuming a “live and let live” attitude?

I can’t wrap my brain around the events in Florida last night–I don’t want to spend a moment trying to understand that kind of hate. I hope, in not giving any more of a voice to it in this post, that I will read this later and wonder what I was writing about, if only for a moment. I am neither trying to make light nor be too heavy, I’m just too sensitive sometimes for this world. And so the proverbial blanket goes over my head for protection. 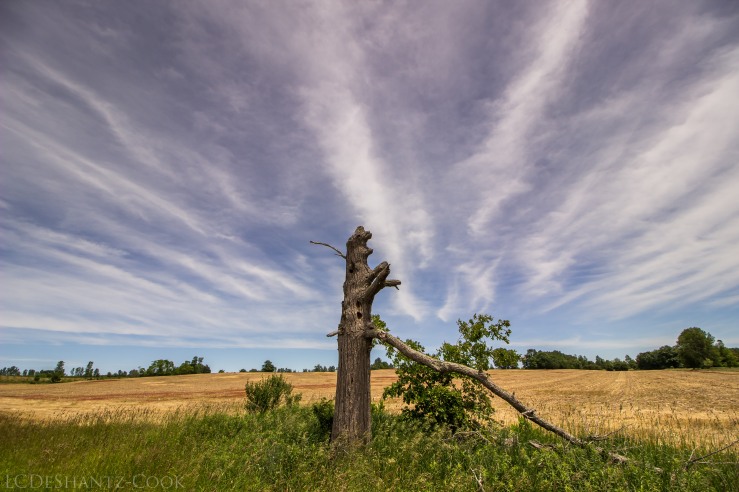 And then I drive or walk or ride my bike in search of things to shoot. Actually, I don’t think that’s a word I even want to use anymore. Capture? Or does that sound equally jarring? How about just photograph? That’s a mouthful sometimes, though. I’ll work on a better word choice, I guess. Anyway I often find myself on this particular road because of this tree. Er, former tree. I think it was struck by lightning some years ago. It sits at the edge of what last year was a corn field, and there are often crows, wrens, other birds hanging around it, maybe nesting in it. I don’t know why I’m so drawn to this tree, but I am, and I probably have hundreds of photos of it from all seasons but the deepest winter. The sky behind it today made it even more compelling.

Across the road from the tree is a grain field. I’m seeing more grains planted around here in the last several years, and some fields that used to be fruit trees or corn are converting to grain. I’m not sure if this is wheat or rye or some other grain, but I liked how it’s still young and thin–you can still see the grooves in the earth through the stalks. 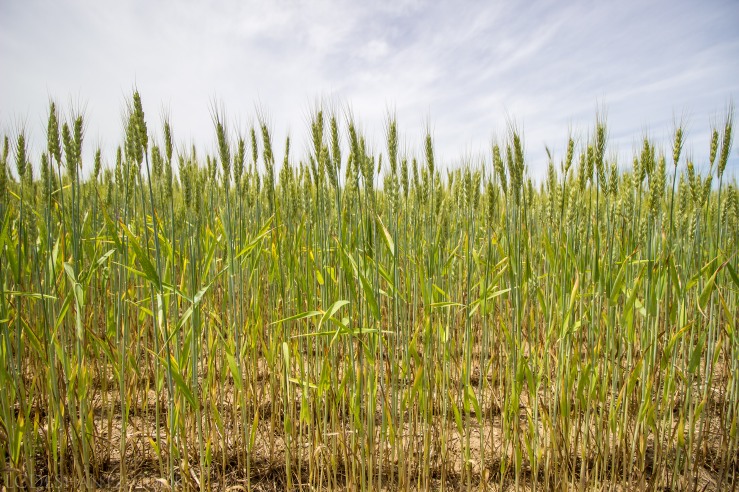 I’ll admit I photograph many of the same things over and over, and I don’t even mind that because they never look the same depending on the season, the sky, the clouds–but I’m always looking for something different, something I haven’t seen before, something I might have missed.

Like a former school, now used for storage, and its forgotten basketball courts. I have a soft spot for the abandoned and unloved. Probably all part of that whole sensitivity thing. 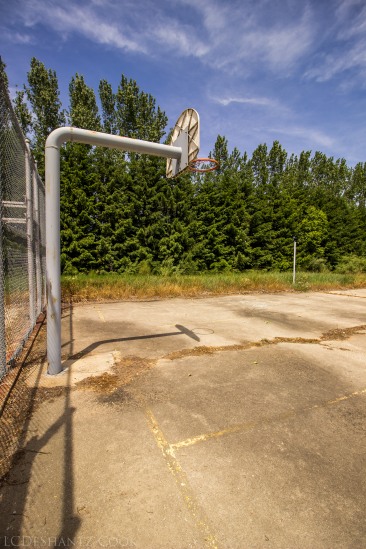 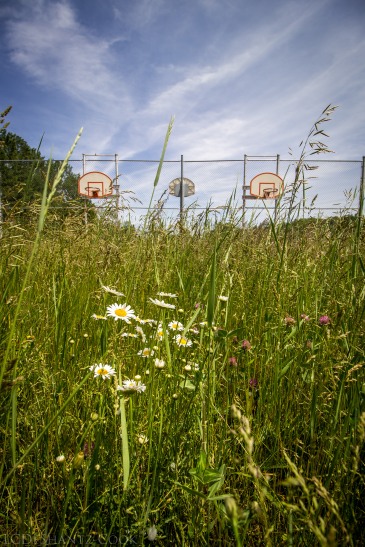 Tomorrow morning I’ll send several rolls of film out for developing. For someone who isn’t great at waiting, I’ve probably made a lousy choice in this burgeoning interest in film photography. It’s all about waiting and the element of surprise, neither of which I’m particularly good at. (I say I like surprise, but that’s just me convincing myself mostly.) Or maybe it means learning how to develop my own film is in my future? Oof. Another thing.